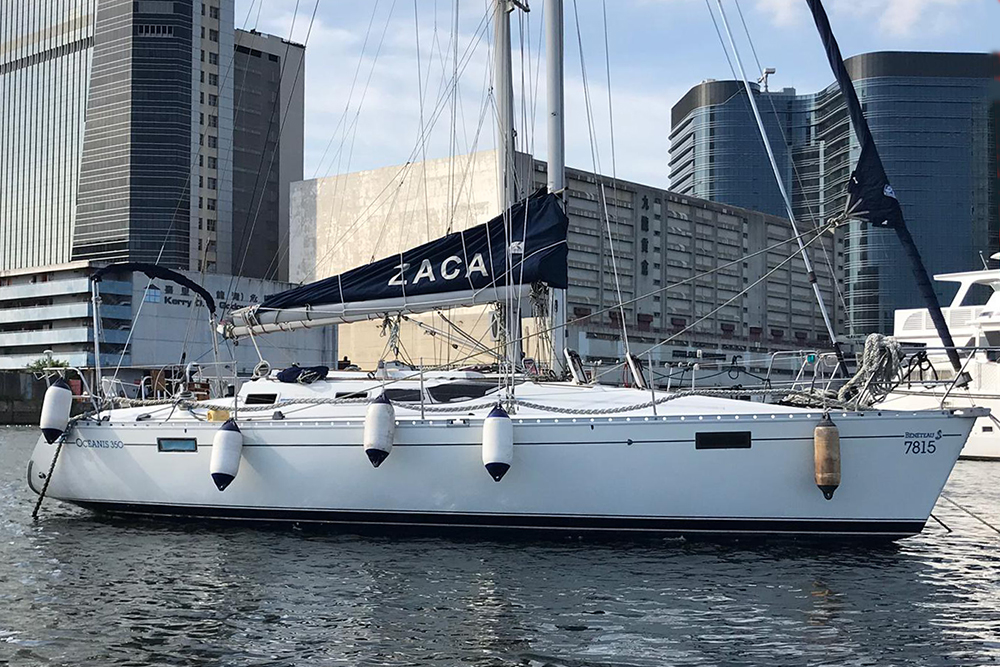 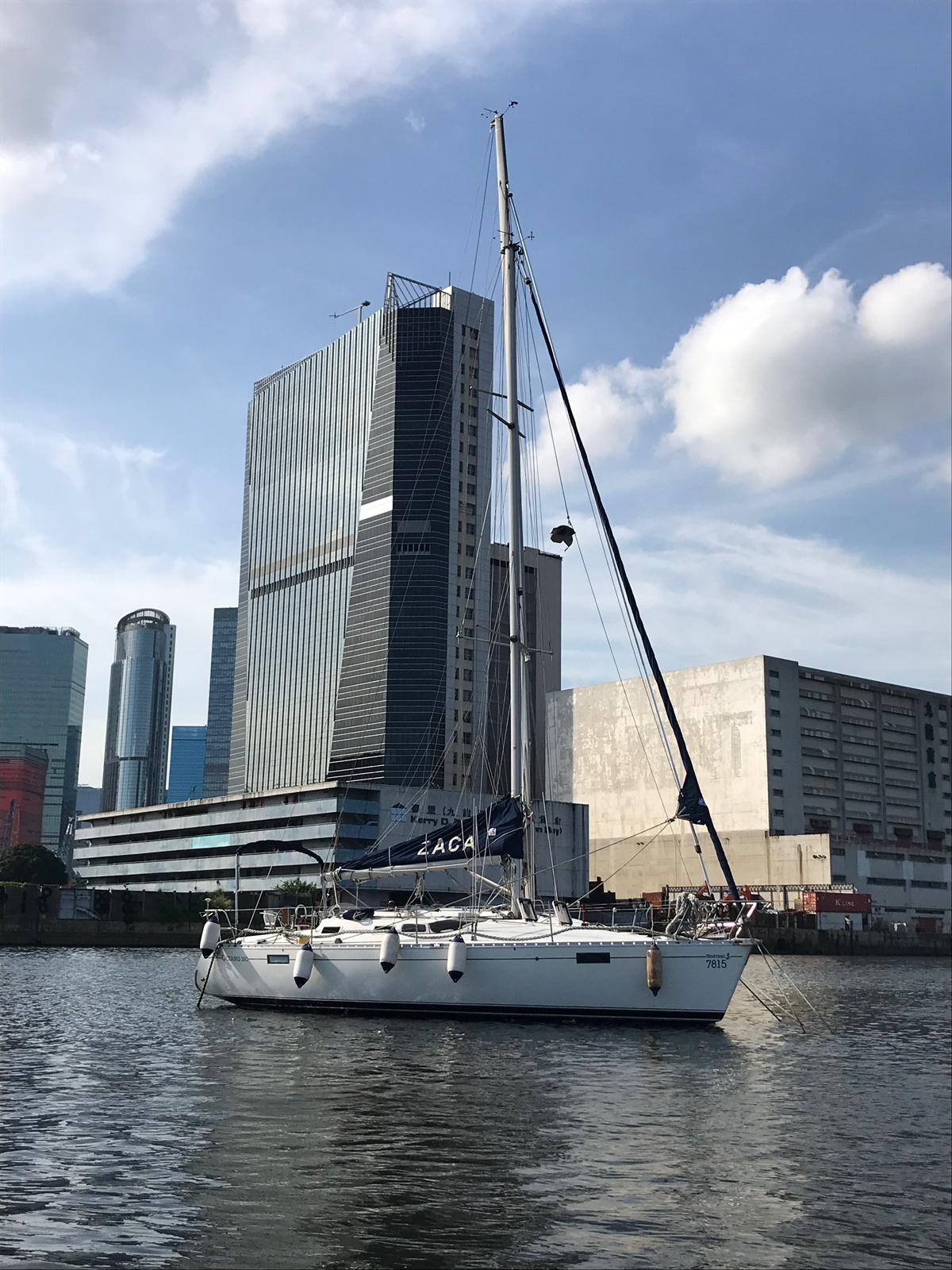 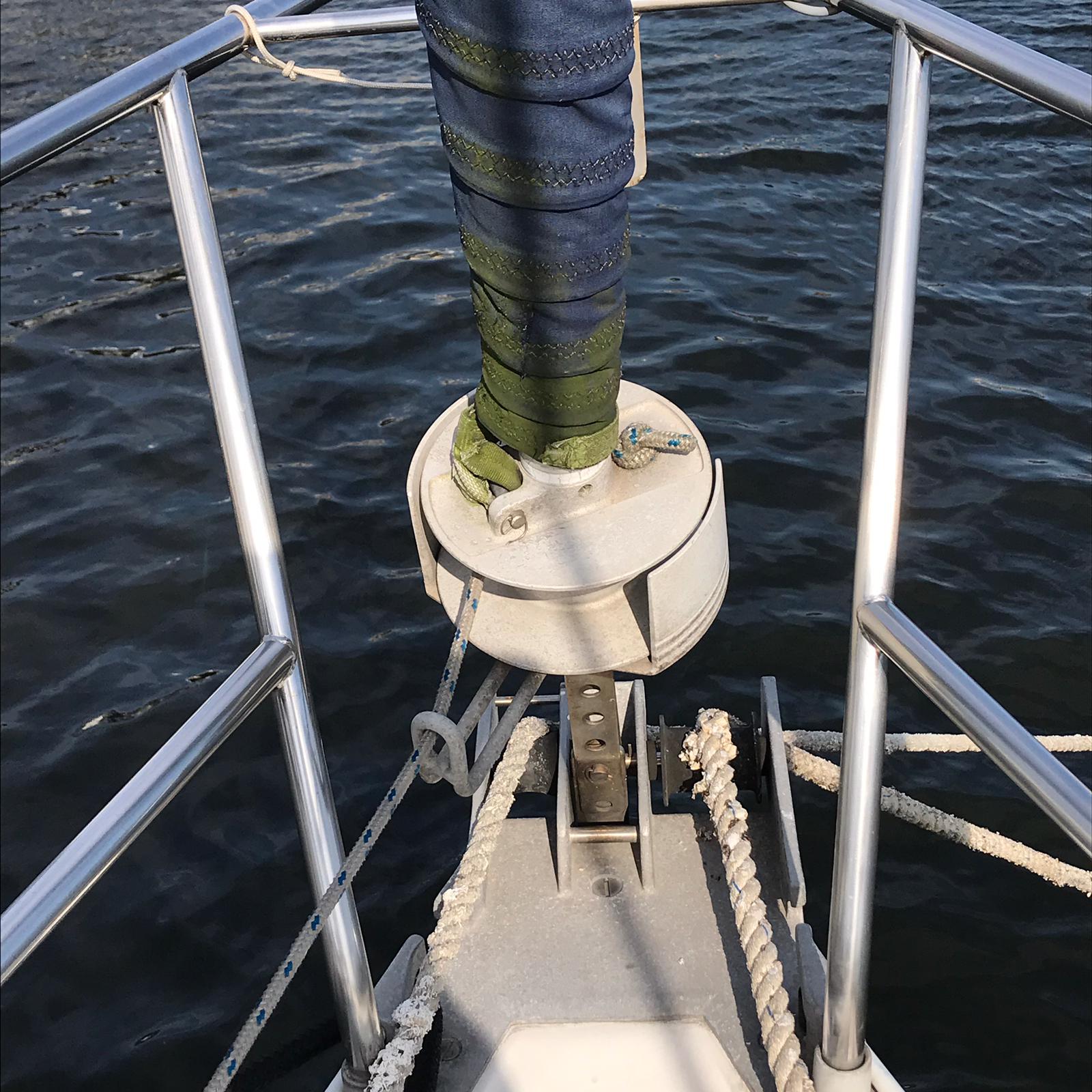 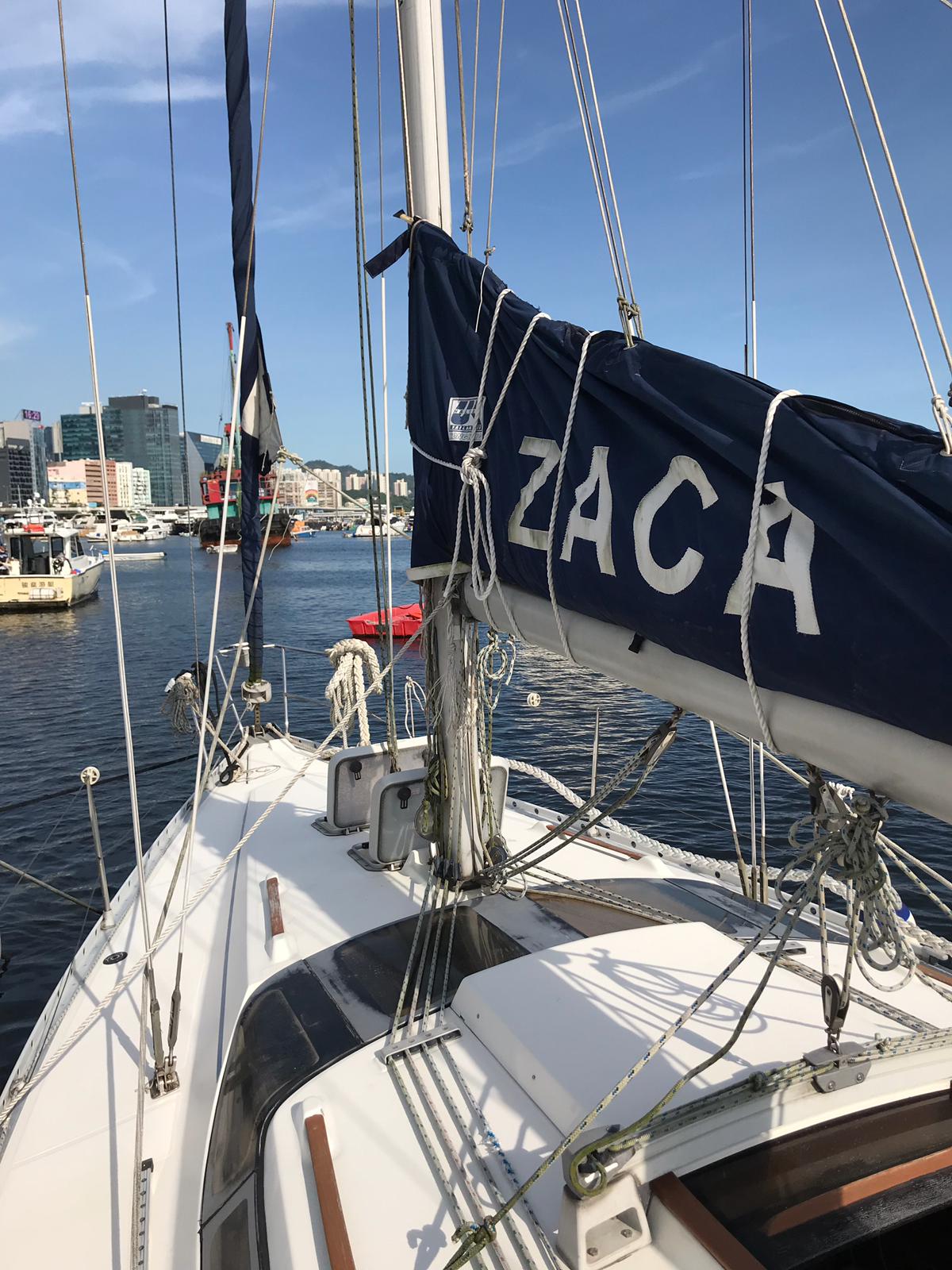 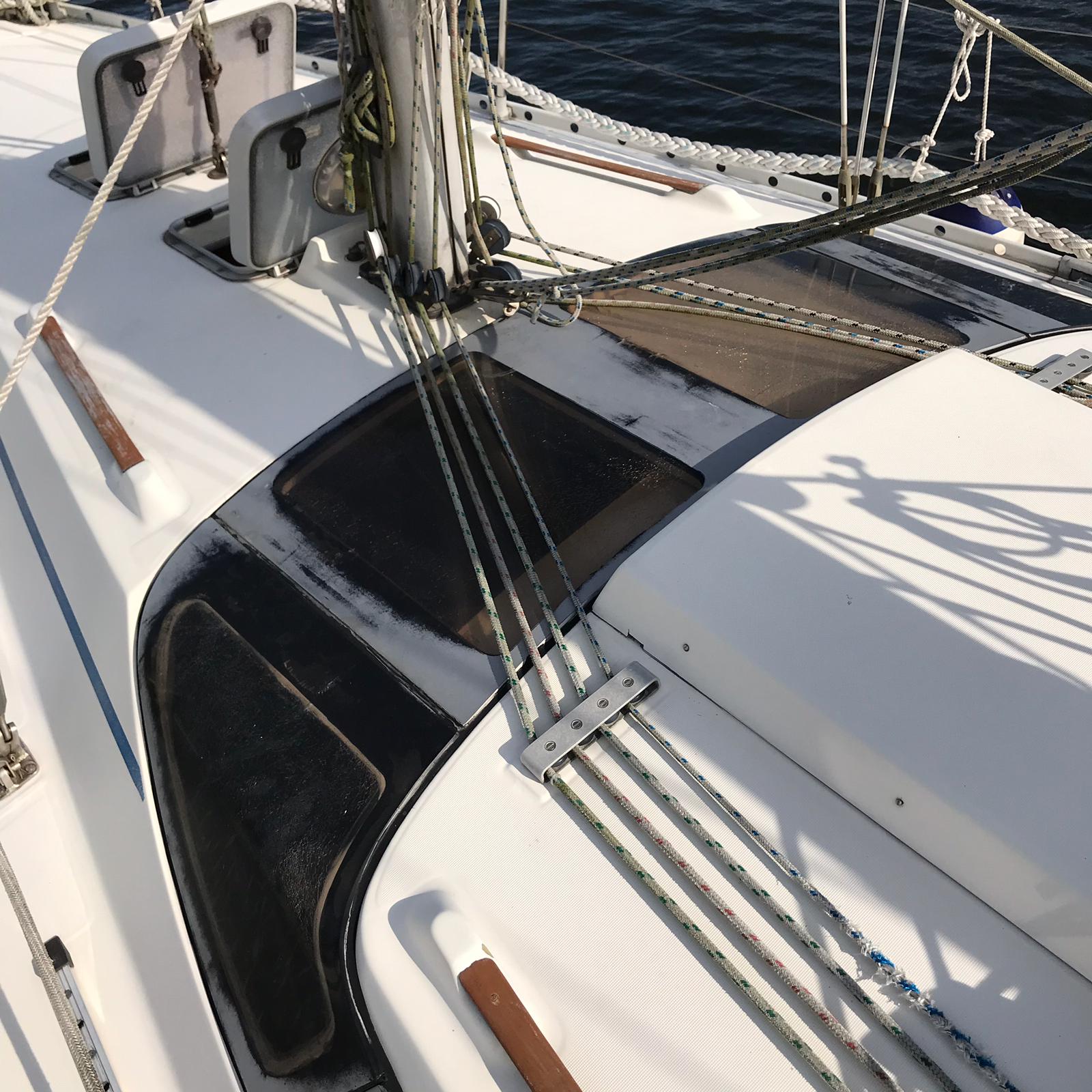 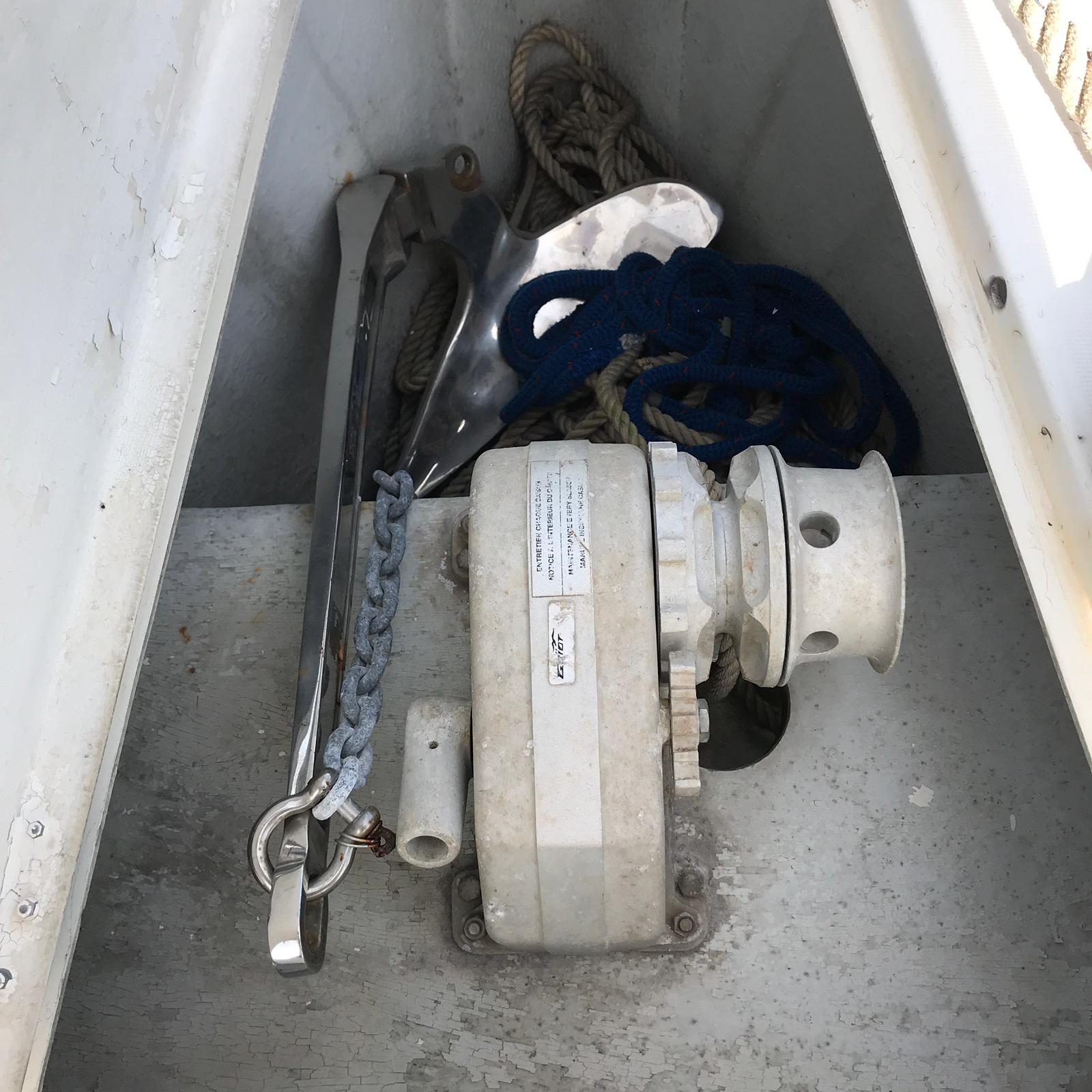 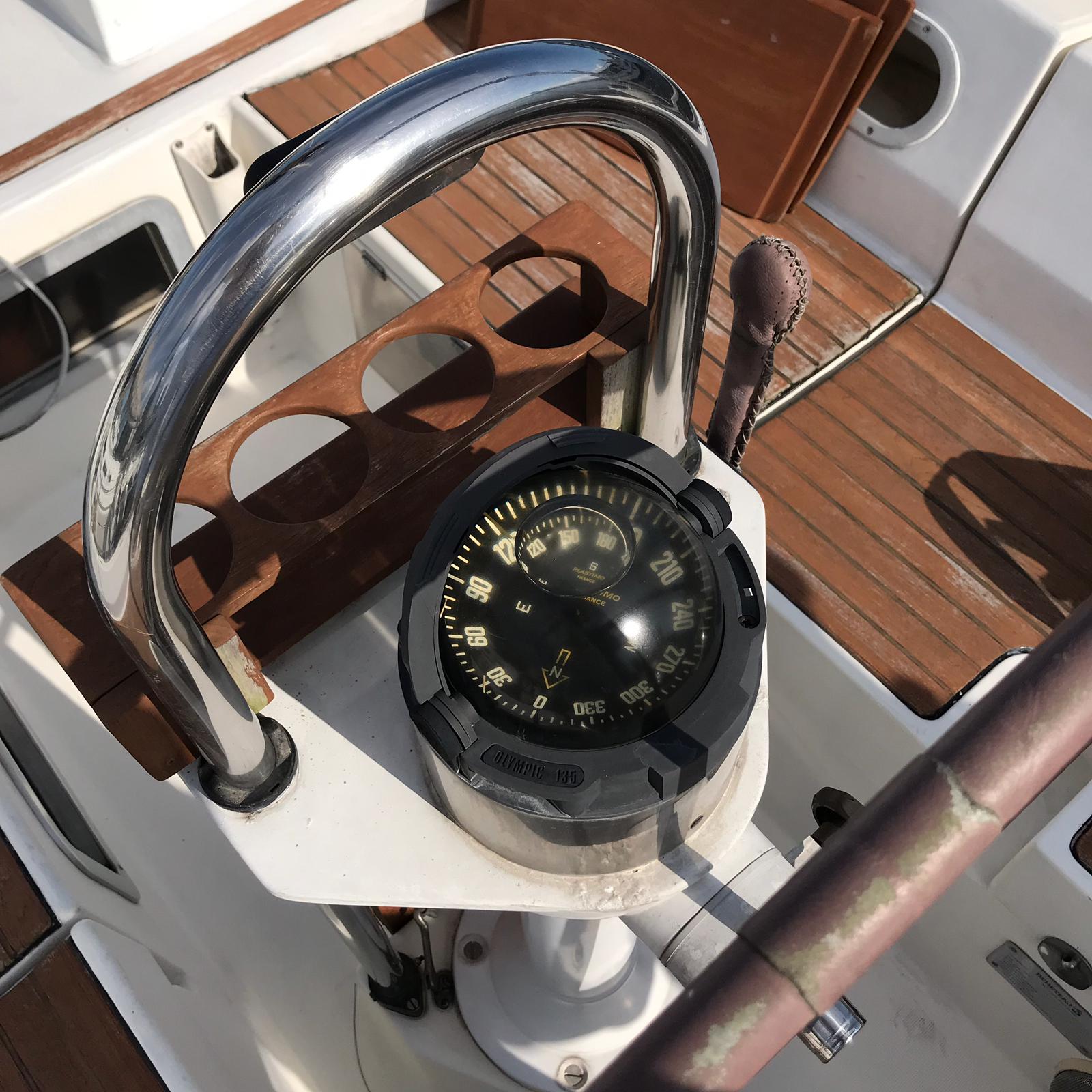 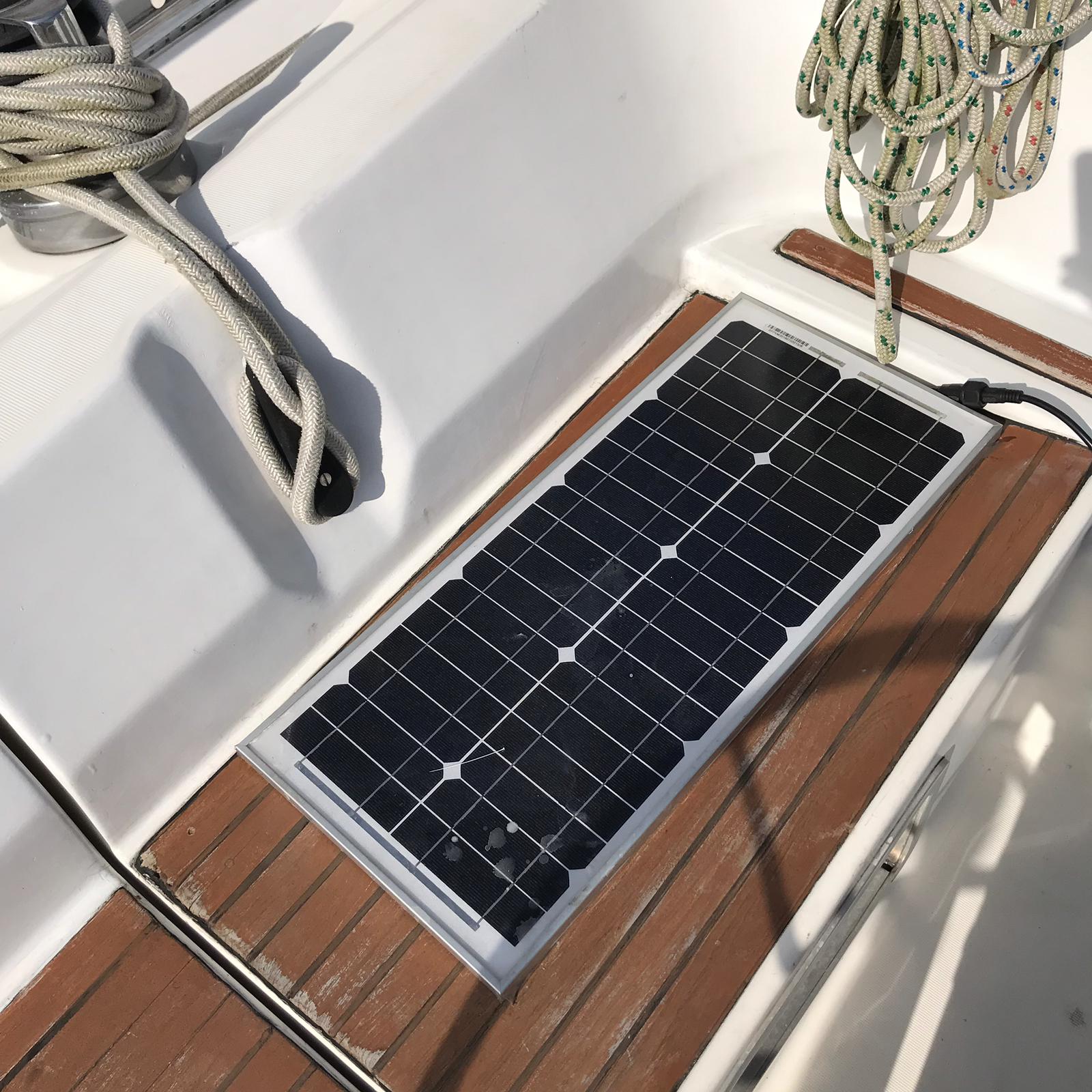 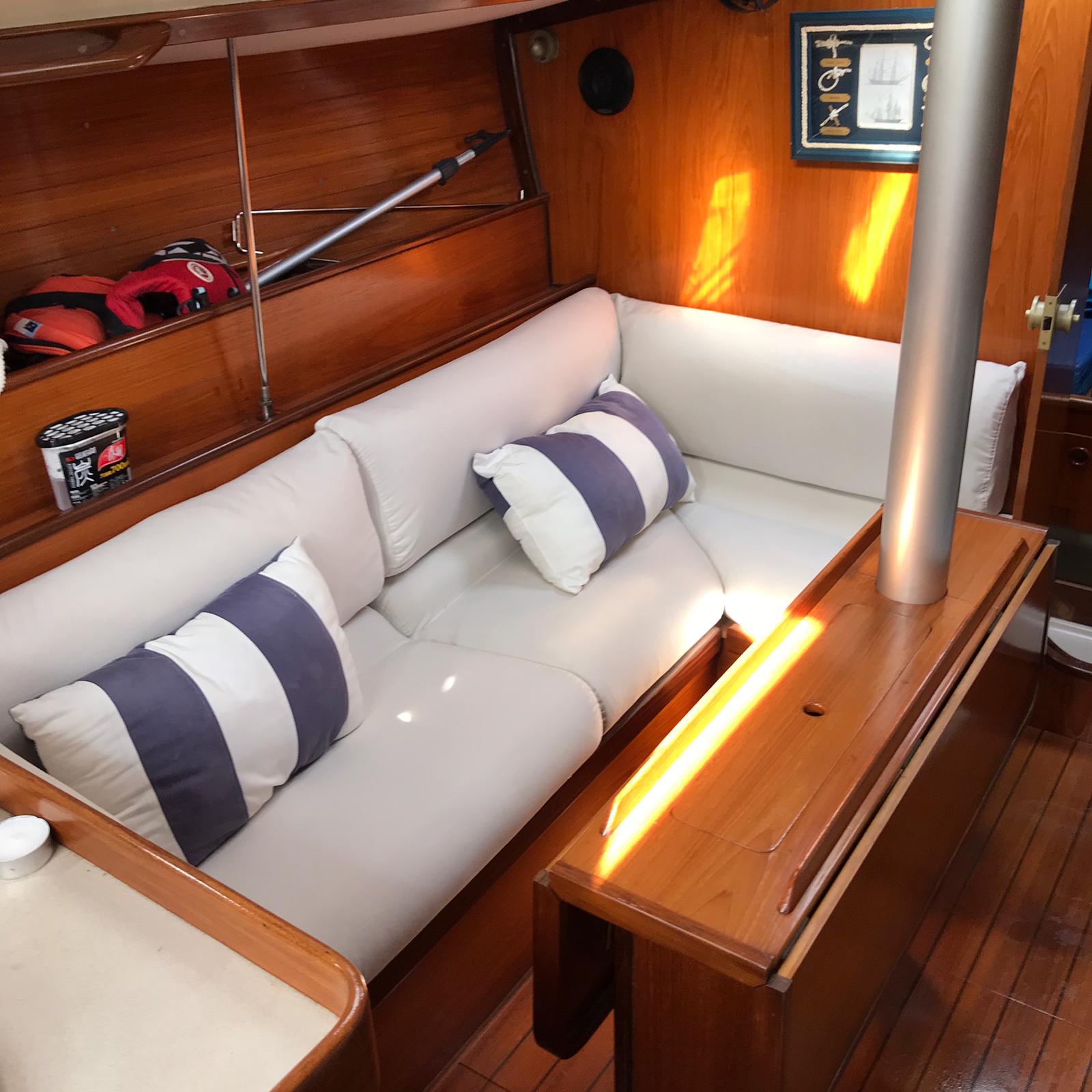 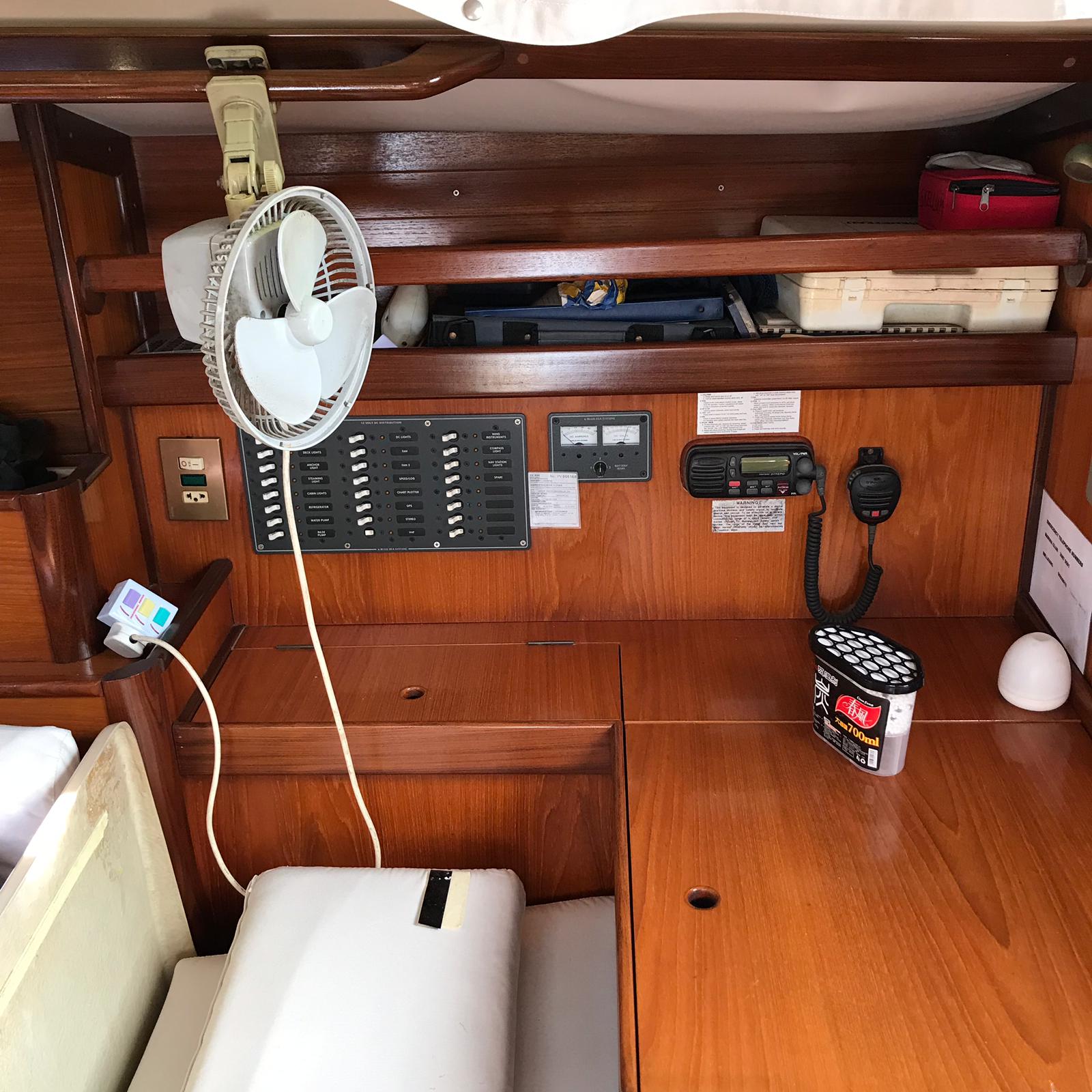 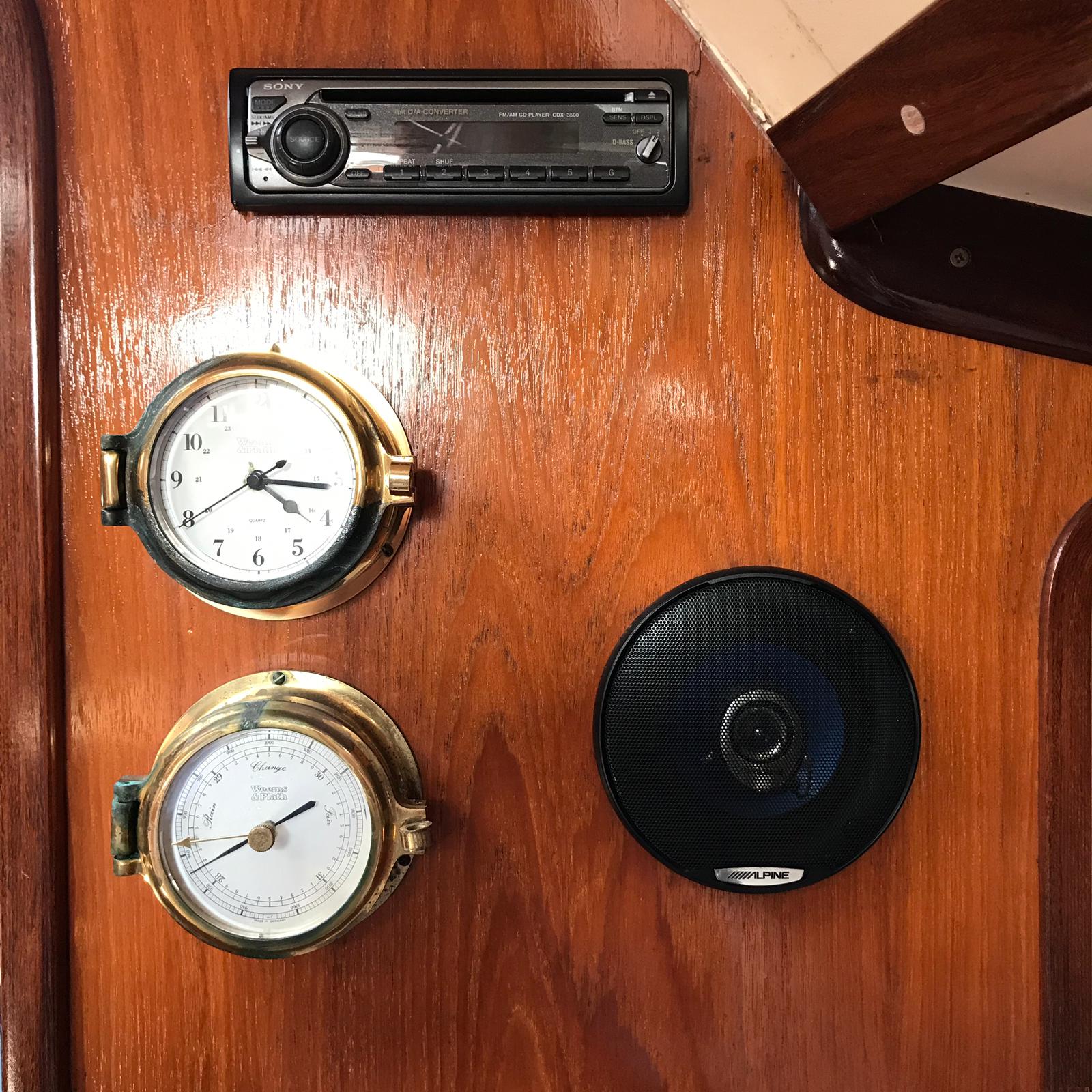 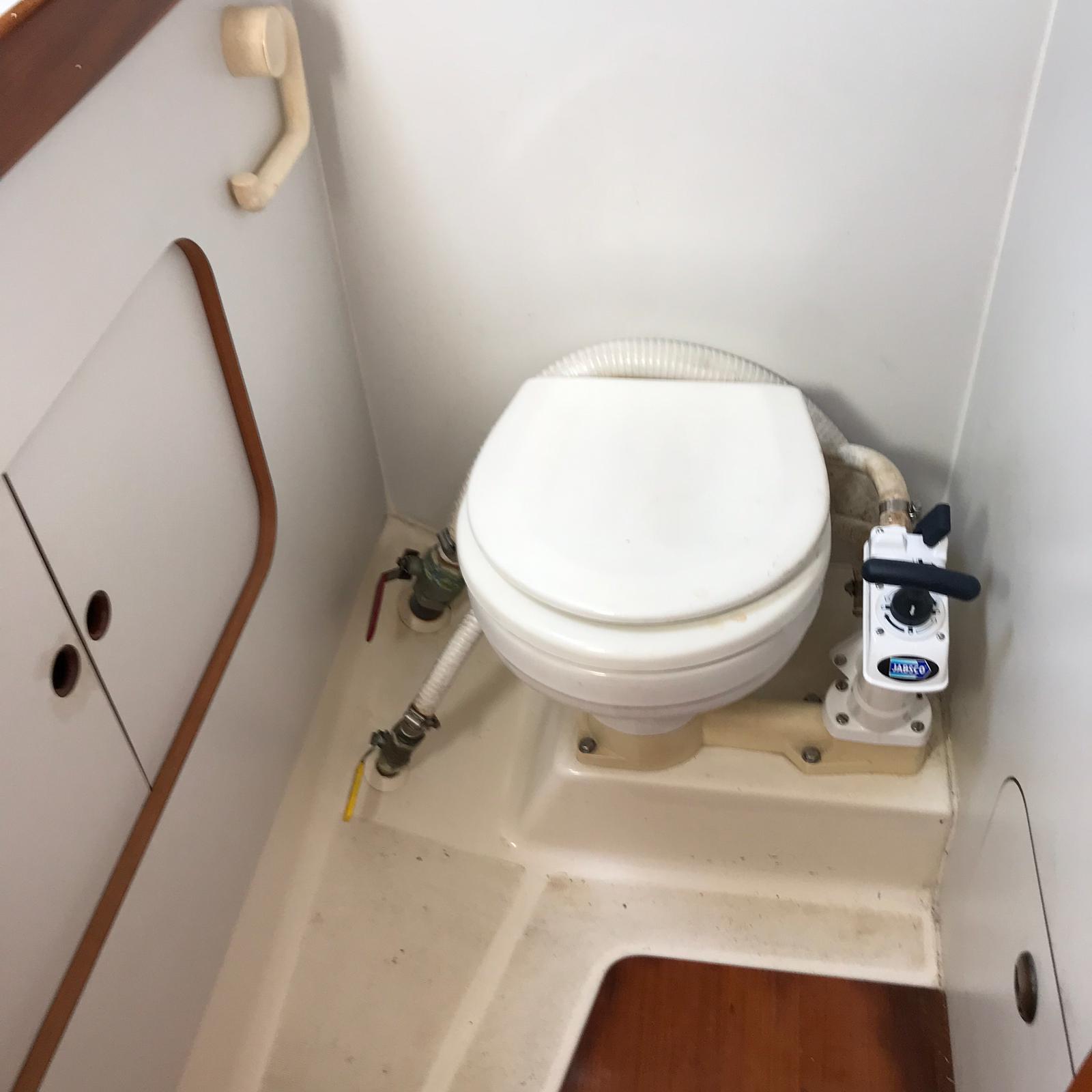 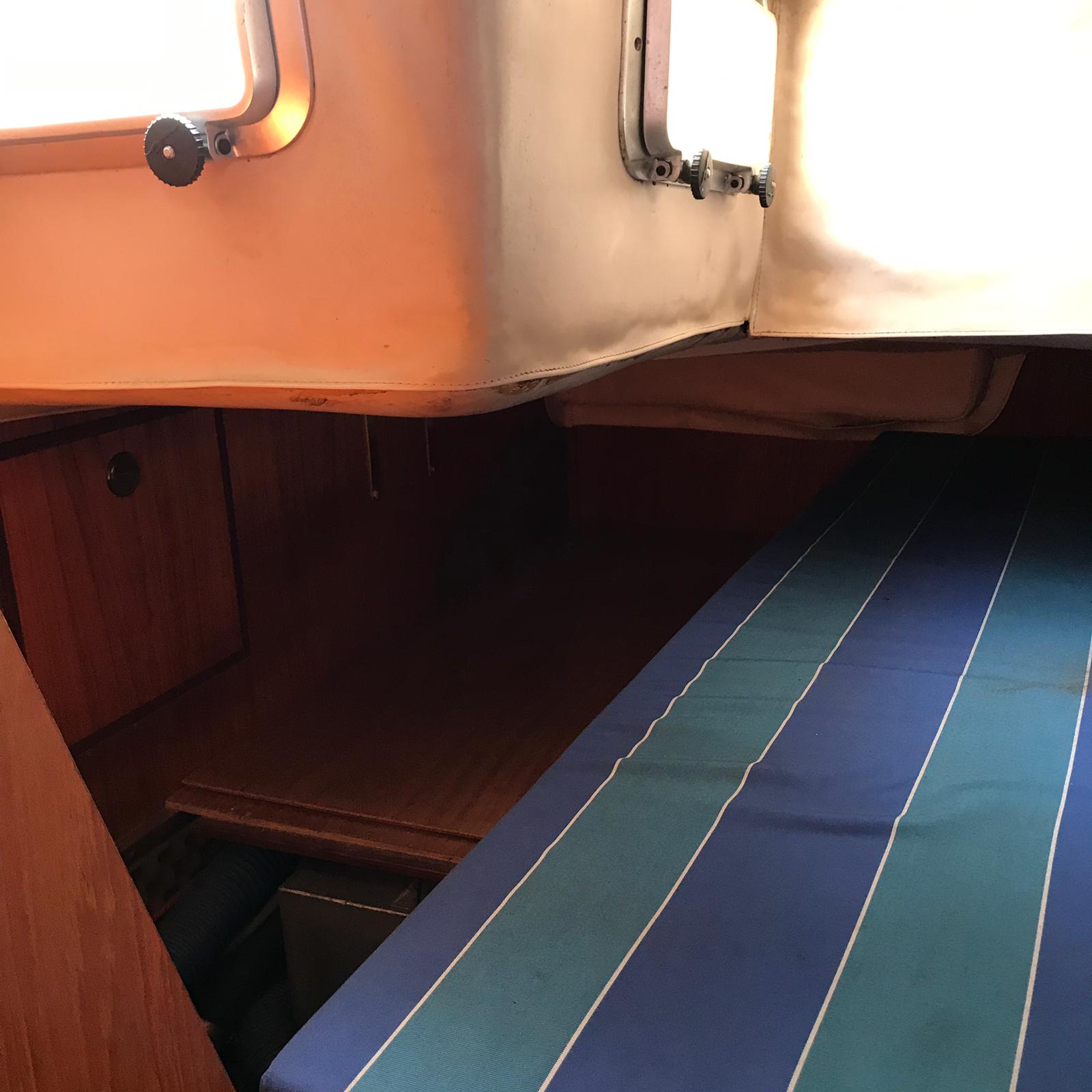 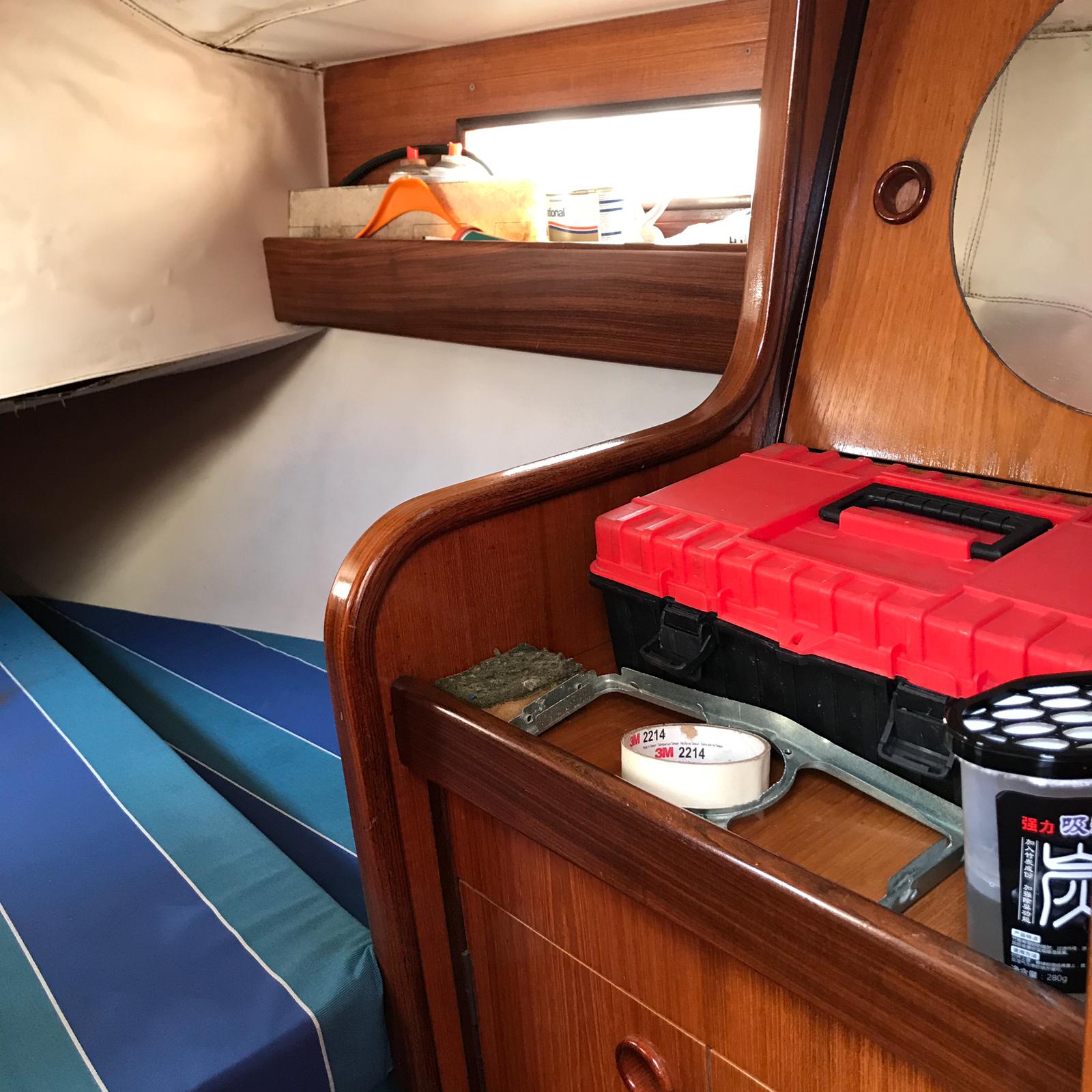 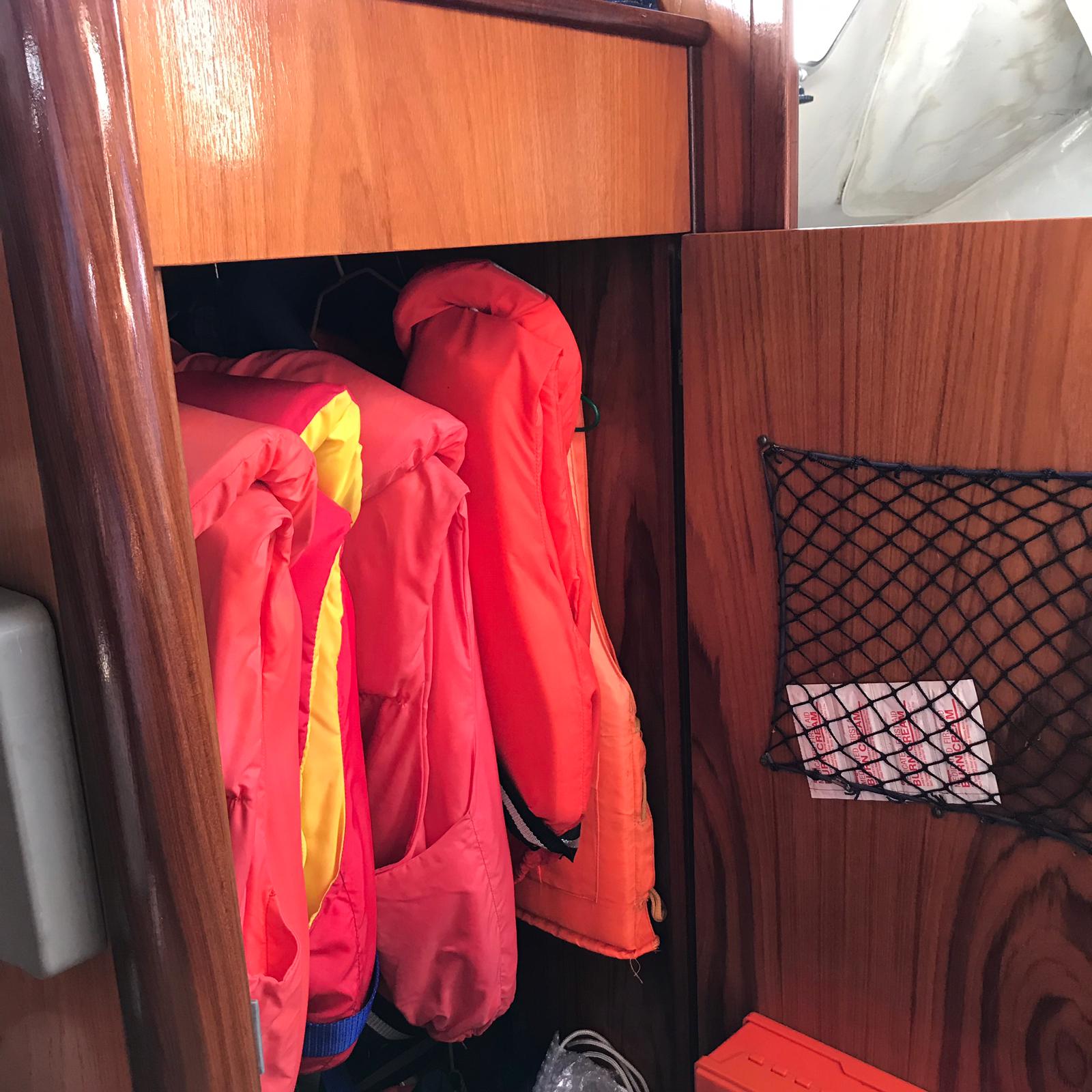 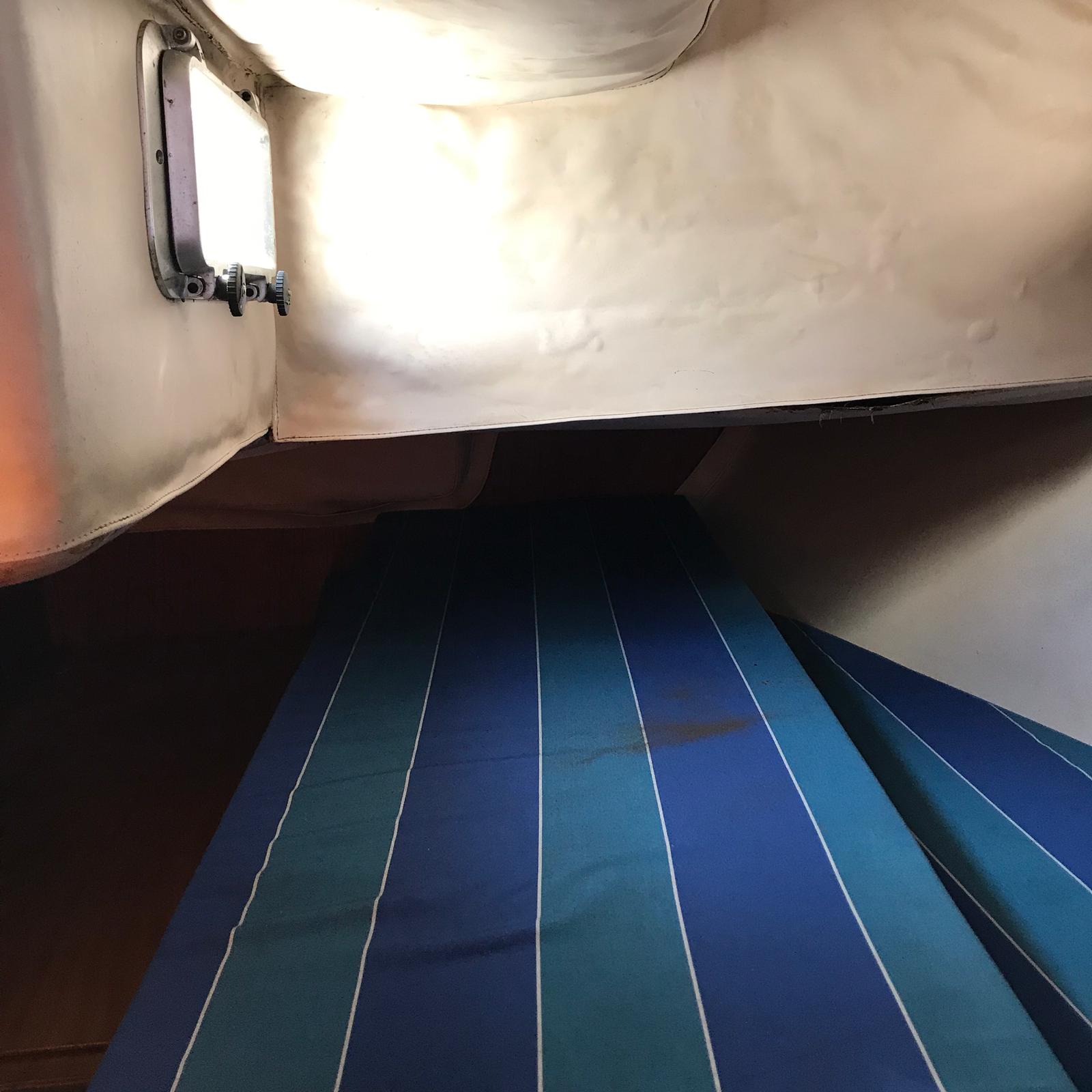 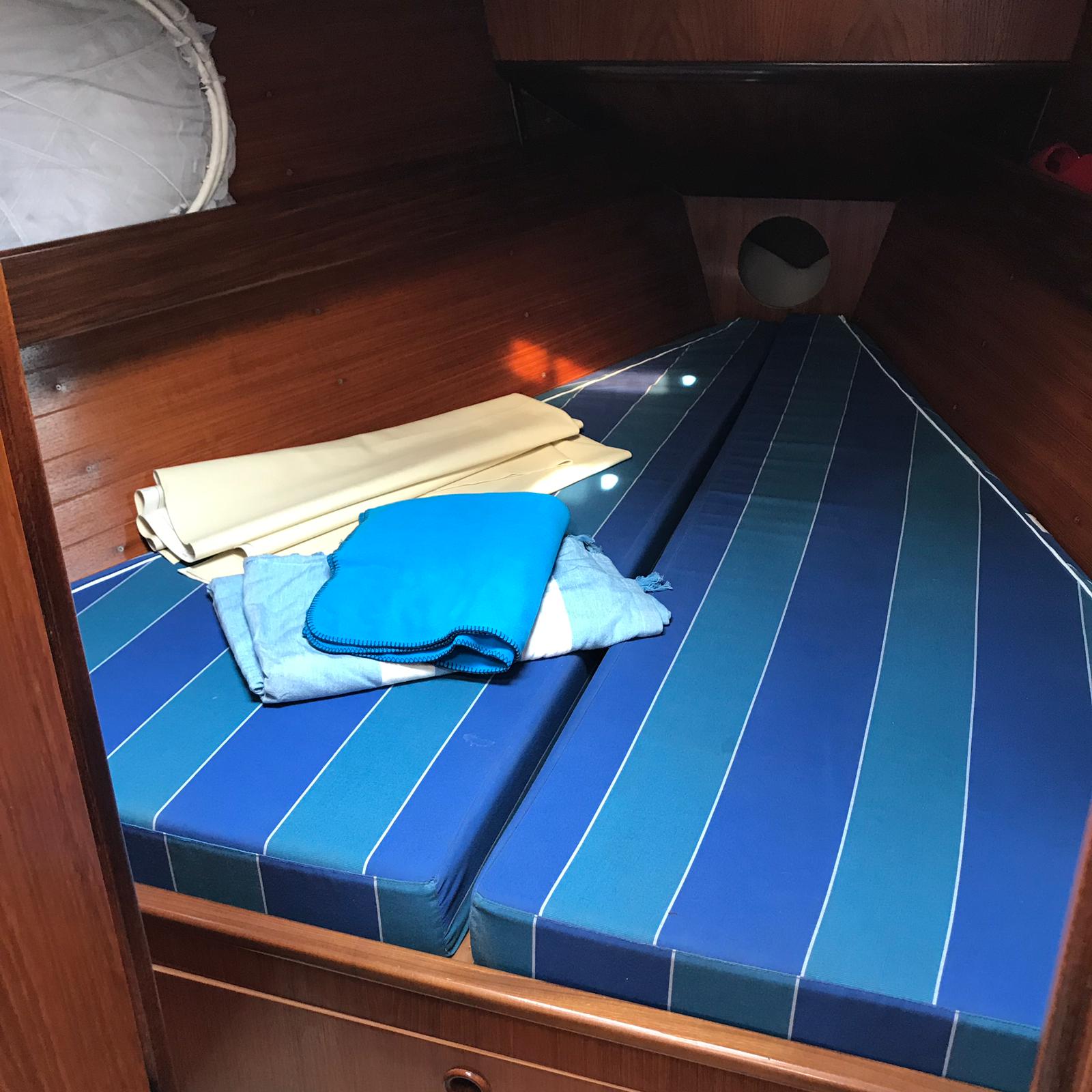 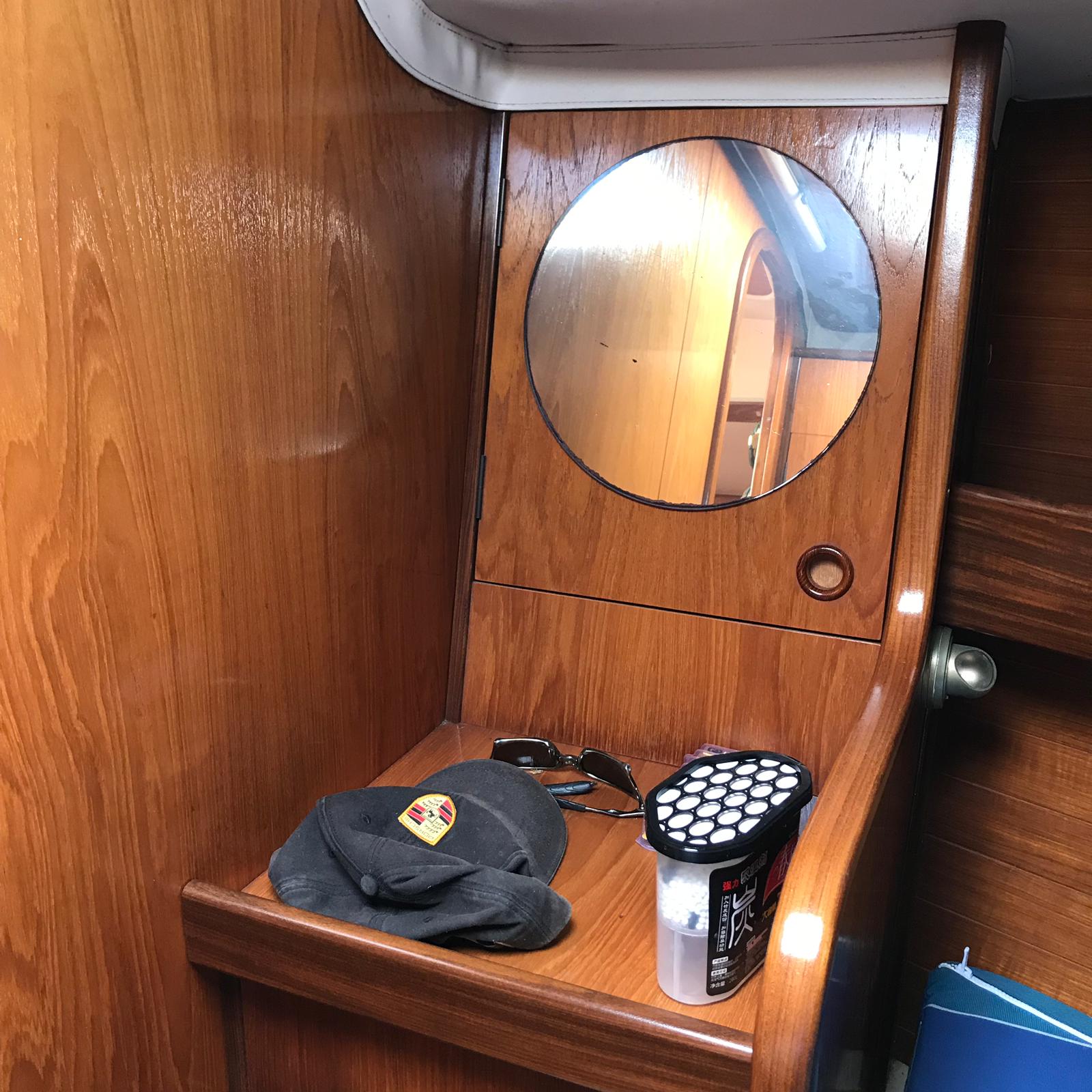 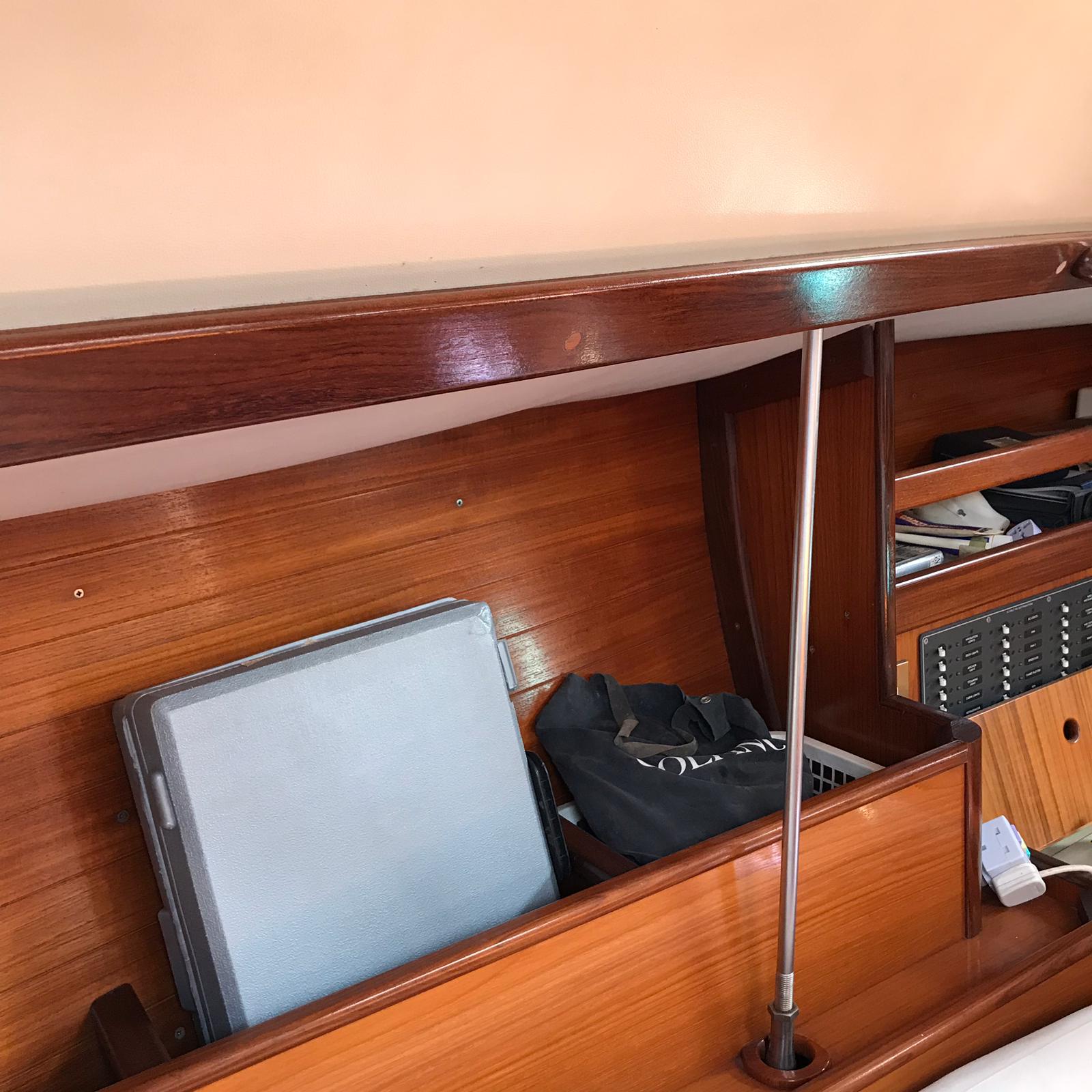 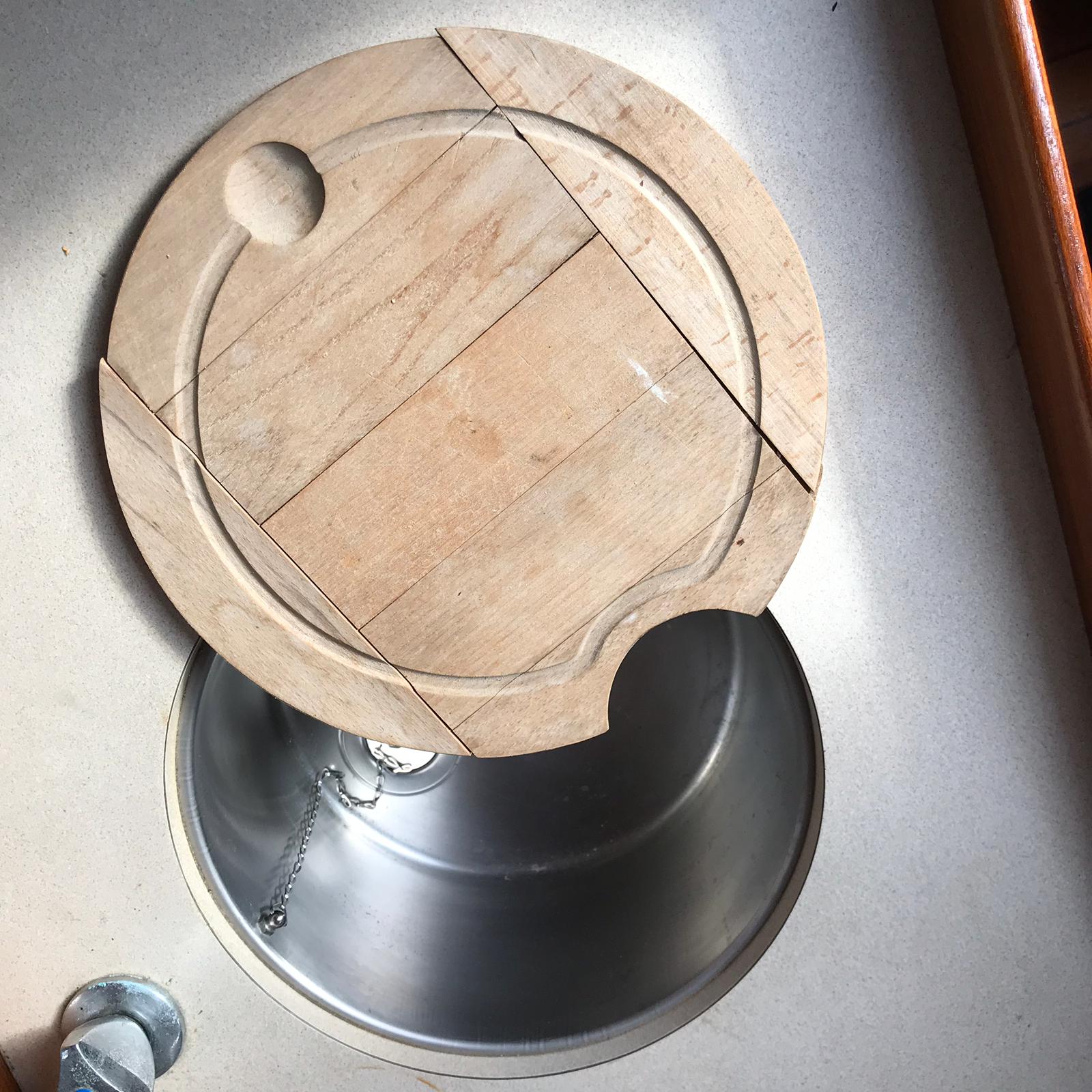 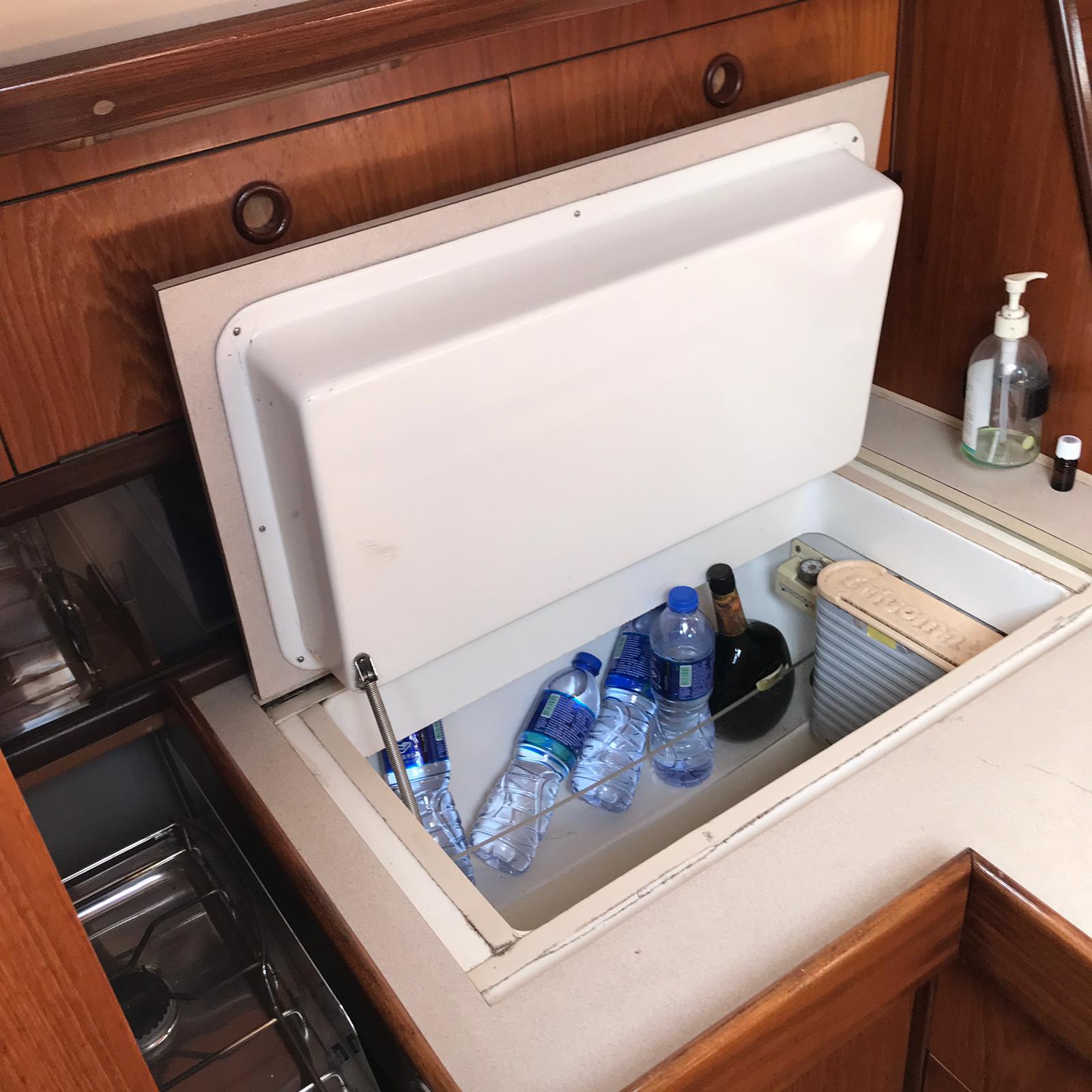 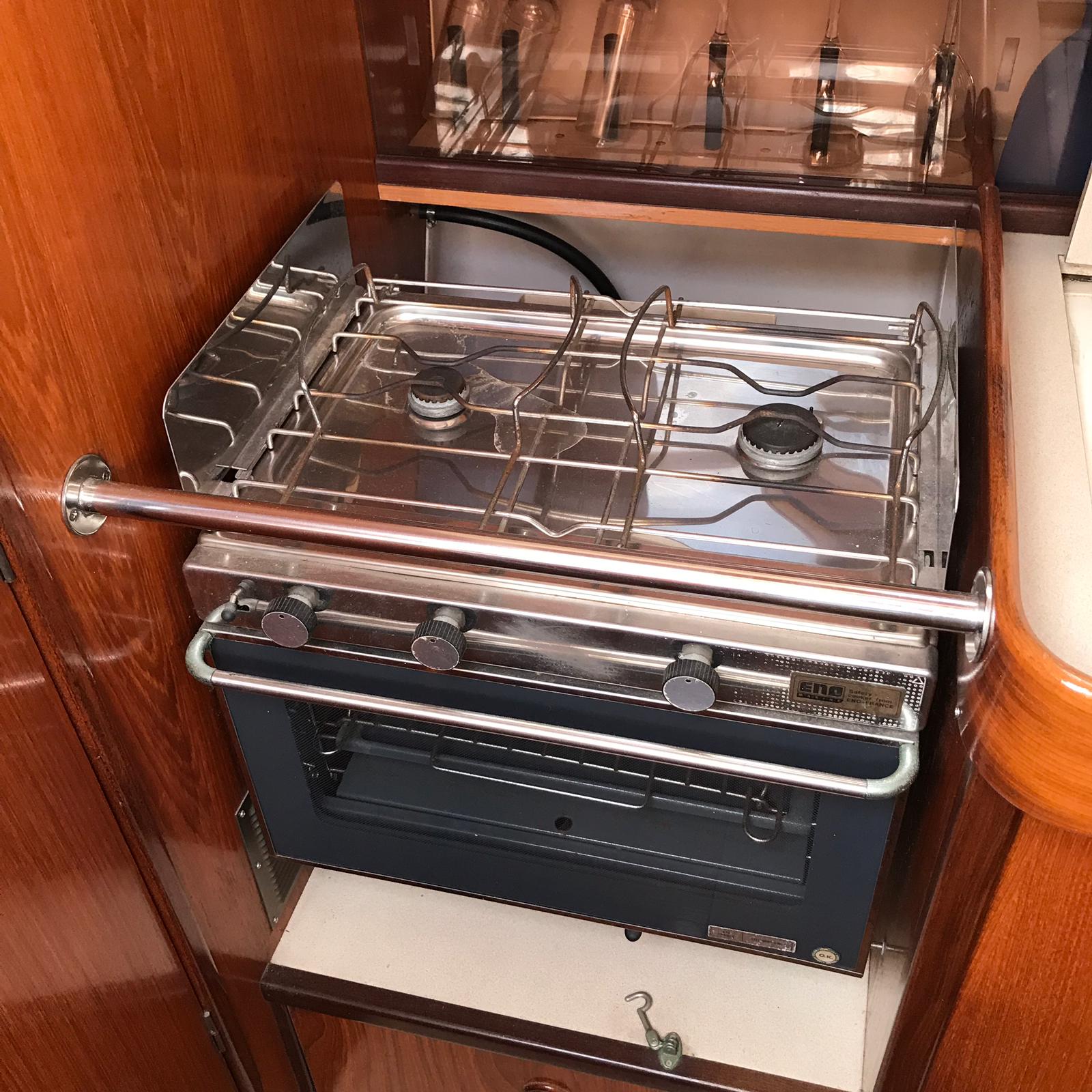 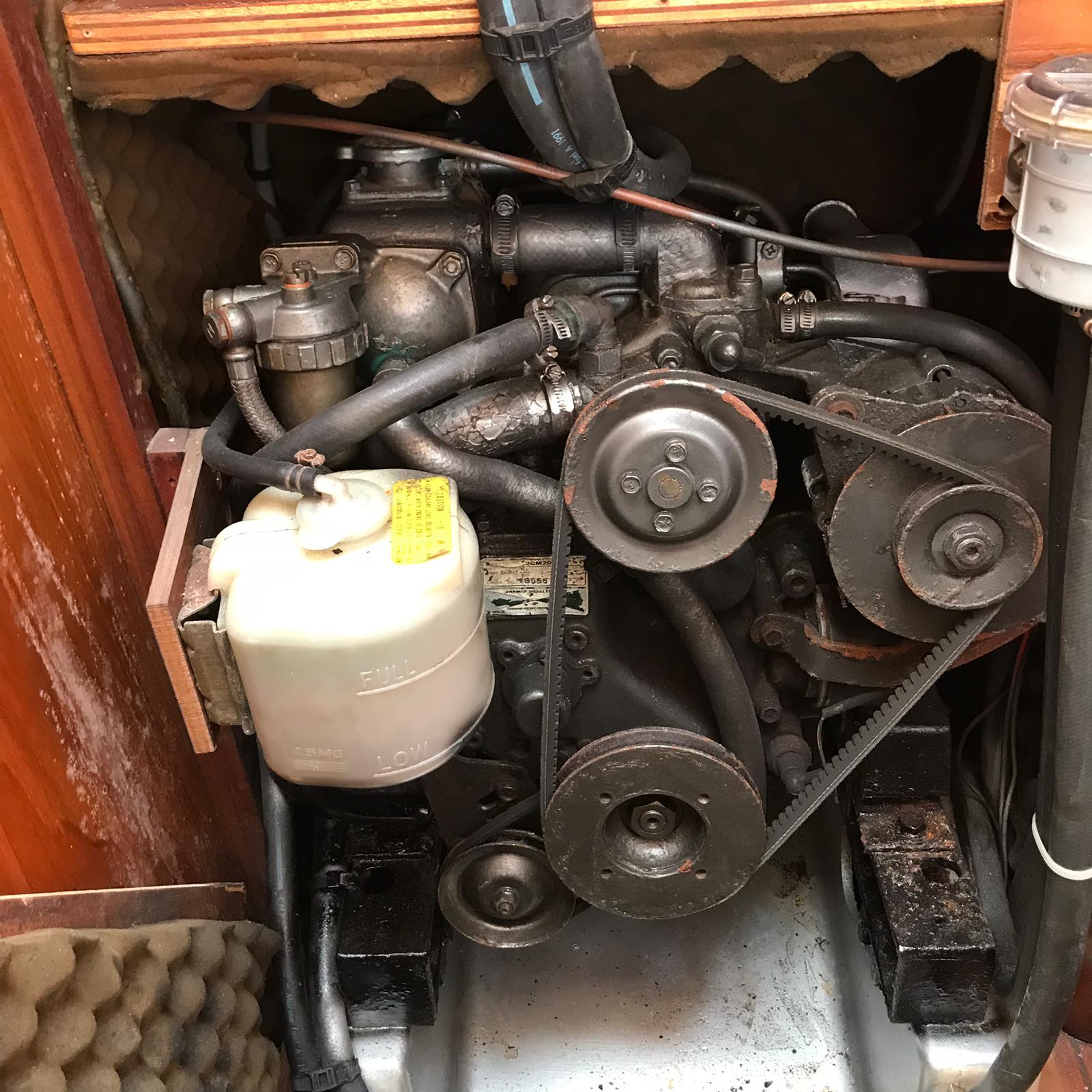 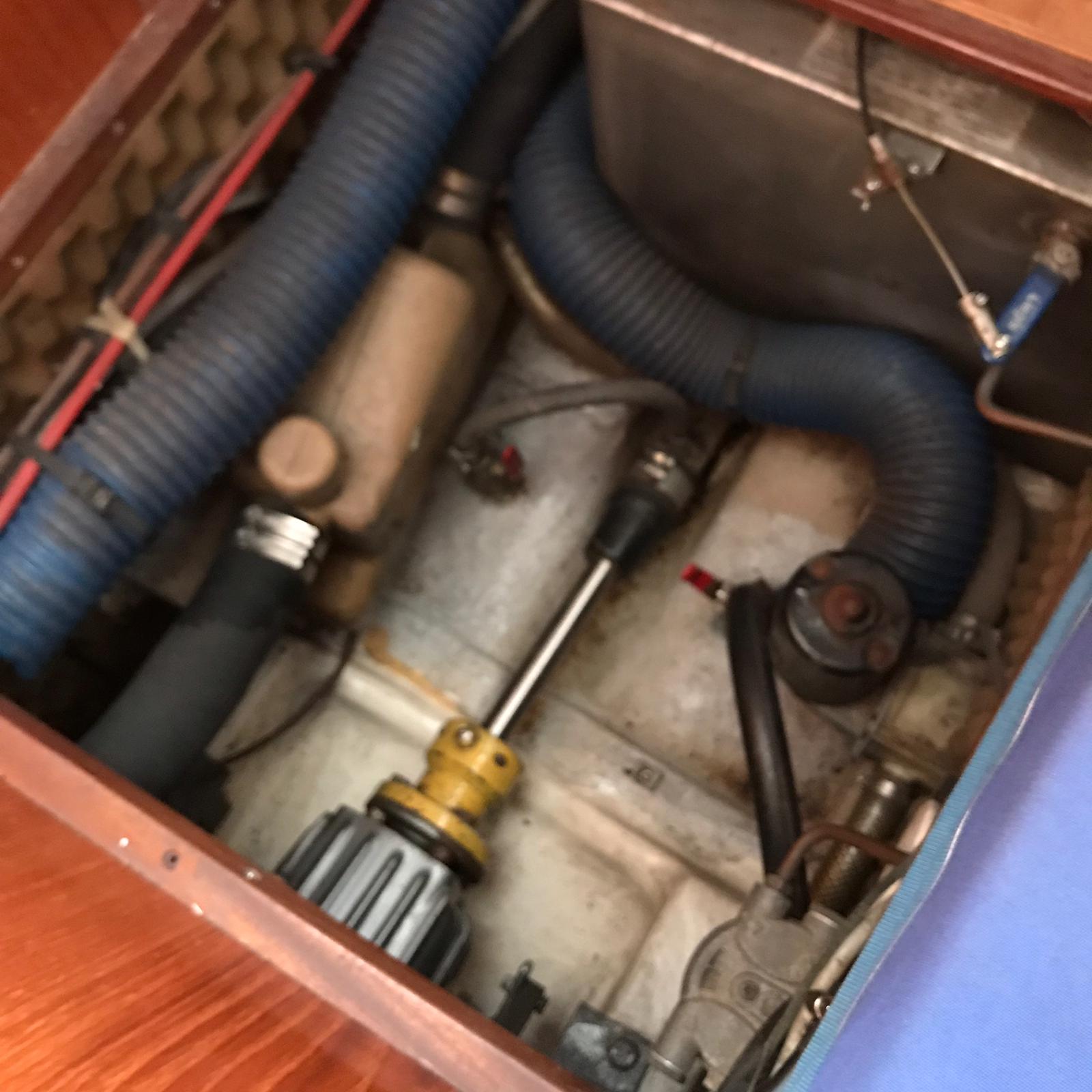 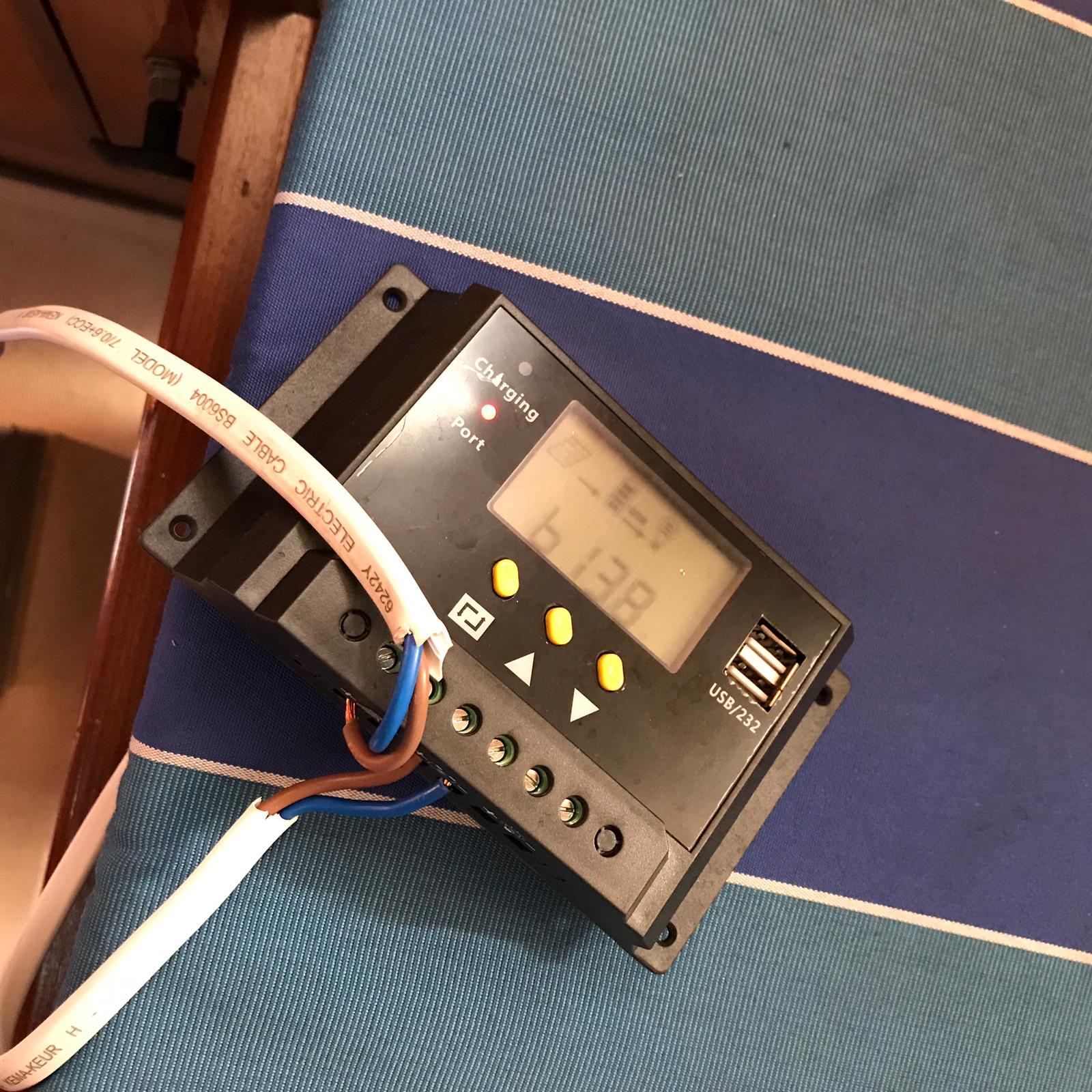 “In the last 20 years, Beneteau has grown to become the largest builder of cruising sailboats in the world. The boats dominate charter boat fleets around the globe. Due to their tremendous success and popularity, Beneteau has influenced sailboat styling more than any other builder over the last 20 years and has popularized the so-called “Euro-style”, typified by rounded features, near flat sheer lines, molded-in transom steps, smoked plastic windows and high volume interiors. The Beneteau Oceanis 350, built both in France and at the Beneteau facility in Marion, NC between 1986 and 1993, is typical of this style. From its name, one might conclude that the Oceanis 350 is a 35 foot boat and, in all likelihood, that’s just what the marketing people at Beneteau expect you to assume. In fact, the overall length of the Oceanis 35 is a little under 34’ at 33’10″, the beam is 11’3″, and displacement is approximately 10,500 lbs. The Oceanis 35 was offered with two choices of keel configuration -a moderate aspect ratio fin drawing 5’2″ and a wing keel drawing 4’2″.

Construction of the Oceanis 35 utilizes a solid fiberglass composite hull and balsa-cored decks. Plywood replaces balsa as the core material in the area of hardware attachments. The deck and hull are joined in a shoe box fashion and pop-riveted together along the overlap. The seam is then hidden with a rail molding screwed and bolted in place. A considerable amount of the strength and rigidity of the structure is provided by a molded fiberglass composite hull liner that incorporates all floors, frames, stringers and rigging attachment points and is bonded into the hull before the deck is installed. This is an efficient and an increasingly popular method of construction of production fiberglass boats but has the drawback of creating a structure that is virtually impossible to examine, once put together, without destructive methods. The keel is iron, and the wings on the shoal draft version are bolted on.

Auxiliary power is provided by a 28 hp, three cylinder, Volvo diesel which is sufficient for the size and weight of this boat. The engine is dependable, and trained service mechanics are readily available. By the time Beneteau introduced the Oceanis 350 they had already begun to dominate charter boat fleets, and influences of charter operator requirements are apparent in the interior design and cabin arrangements. Private accommodations for at least two couples are essential to charter operators, and the standard Oceanis 350 layout provides a forward v-berth cabin and a port side quarter berth cabin aft. Some European-built boats were built with port and starboard quarter berth cabins aft.

When a designer draws three separate cabins into a 34 foot boat, something has to be sacrificed. In this case, it is drawers and lockers with doors for convenient, accessible storage. Storage is adequate but limited to sometimes oddly shaped areas behind seats and under berth cushions which are not particularly accessible. Ventilation of the cabin spaces of the Oceanis 350 is, simply put, inadequate. There is only one small deck hatch on the foredeck which is barely large enough for a grown adult to crawl through, let alone pass a good sized sail bag through, and the only opening port is in the head area.

The sail area to displacement ratio of the Oceanis 350 is only 16.2 which suggests this is not going to be a great performer in light air. On the other hand, the ballast to displacement ratio of less than 40%, and its relatively shallow draft doesn’t suggest great sail carrying ability in strong winds either. The relatively wide beam should help with initial stability, but its effect gets lost as the wind picks up and heel angles increase. I would suspect the ideal wind range for this boat is 8 to 18 knots. Windward performance should be acceptable with a relatively shallow canoe body, broad stern, and no skeg forward of the rudder. However, these hull characteristics lead me to believe that the boat will be a little skittish off the wind in adverse weather conditions.

Although not well suited for long offshore passages, the Oceanis 350 serves owners well as a comfortable daysailor and for limited cruising under not too extreme conditions. All in all the Beneteau Oceanis 350 offers modern styling, reasonable performance and roomy accommodations at a price that is hard to beat in a boat of this vintage and size.”

The Oceanis 350 (branded Oceanis 35 on the US market) was the first model of Beneteau’s OCEANIS line. Launched in 1986, it was hugely succesful, especially in the charter market. With a shorter keel and smaller sail area than its cousin from Beneteau’s FIRST line, the Oceanis 350 is most notable for its comfort and spaciousness below deck. Kept in overall good condition, ZACA will need new electronics and sails. Offered at a very attractive price, she will make the perfect first boat for owners looking for something affordable, durable and easy to handle. Mooring available in Kwun Tong Typhoon Shelter. Many other options elsewhere.