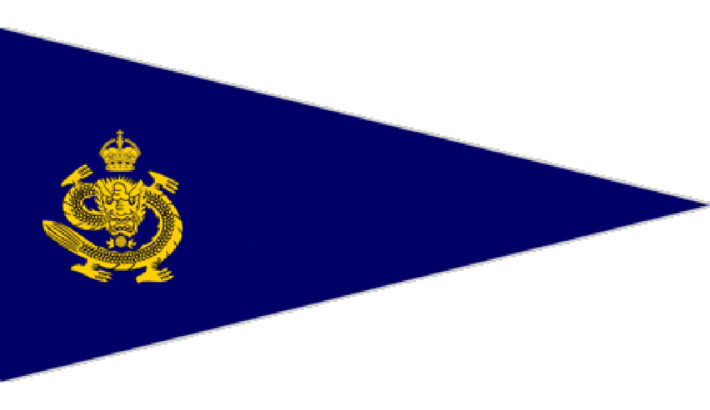 Maritime flag; distinguising flag of a recreational boating organisation such as a yacht club, a sailing federation, etc. Rectangular or triangular-shaped, in which case it can be swallow-tailed (two-tailed) or penant-shaped (one tail). Dimensions: on the horizontal axis (length), 1/2 inch for each foot between the waterline and the top of the tallest mast; on the vertical axis (height or width), two thirds of the length of the horizontal axis. Generally flown from the top of the mast or from under the starboard lowermost spreader of the main mast.

Usage: it may only be flown when the owner is present: the burgee follows the owner, not the boat.